THERE'S ALWAYS ROOM FOR ONE MORE!!

Splish, Splash they were taking a bath, all on a weekday morn!
The loud chorus of those squeaky , whistling cowbirds was what drew my attention to our backyard birdbath. At first I only saw four birds, then a fifth arrived followed by a sixth. 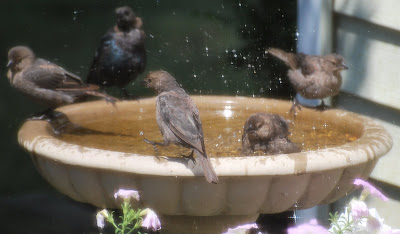 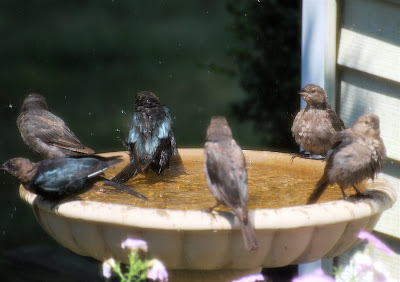 Each seemed to have their own version of rub a dub dub! One chose the deepest part of the bath, aggressively splashing and flinging droplets of water everywhere.

One little guy seemed to just want to stay by the rim of the bath and glide the sides of his head, left to right, over the water's surface, coaxing the dust and dirt off of his feathers. ..and that little fluffed up body on the right, I wondered what he was thinking? 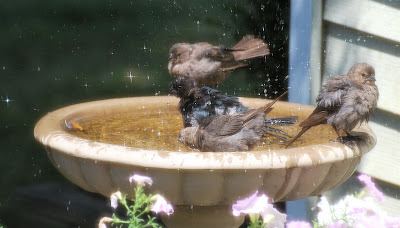 Another chose the quick hop in and hop out approach tucking his head and beak into his fluffed feathers.. Was he preening or just trying to avoid the sudden splashes that were raining his way?

I don't think I've ever seen this many birds use the birdbath at one time. It is not a very big bath. It was funny and entertaining and only lasted a few minutes.

They flew in as little individuals, bathed as a group and seemed to only exhibit one rule, no matter how big or small the bath, there's always room for one more! 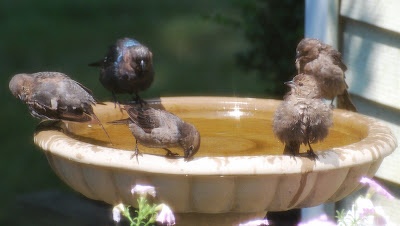