My husband and I are visiting the north east part of Ohio for the weekend. Lucky for me we are not very far from the shores of Lake Erie and several wonderful marshes and swamps. Upon our arrival, yesterday, we headed to a well known marsh called Magee Marsh Wildlife Area which is part of the Ottawa National Wildlife Refuge. One of the first birds we saw as we drove along the canal leading to the parking lots were several blue herons. There were 6 herons in one canal! I love the steel blue color of the adult birds and the little ornate black plumes that wisp upward off of their heads..and those eyes.....so serious looking !! 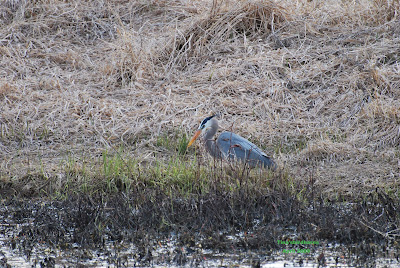 We stopped and watched as this guy spotted something in the water. As usual, he posed over the water for a few seconds before swooping down with that bill to get his meal. We linger.. eager to see him quickly swallow whatever he has caught... 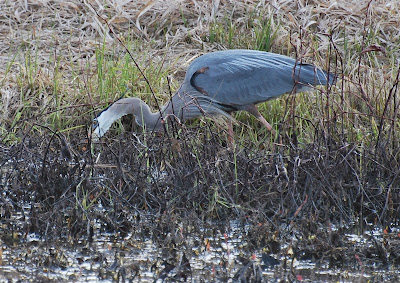 I have to say we were very surprised when he emerged from the weeds with a big fat catfish that had to be 10+ inches long! Was he really going to swallow that!! We stood and watched for quite some time. 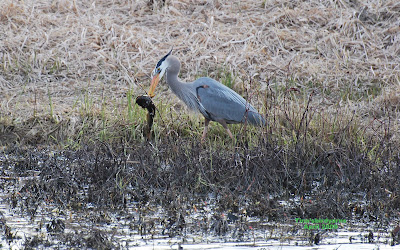 First one attempt , than another, to throw the fish upwards with those long neck muscles. As we watched he made about a dozen attempts to eat this fish..and every time he looked like he was making some success, the fish would plunge to the ground...back to step one..over and over..he finally started to actually rest his head on the ground in between attempts.. 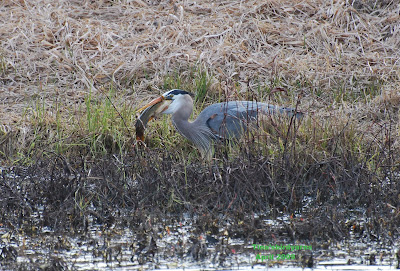 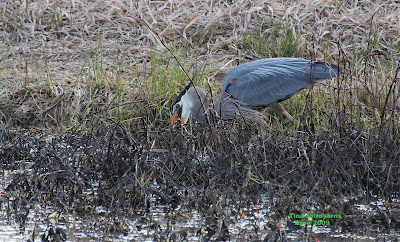 Finally, after about 20 minutes or so of pure work on his part.. he just stood looking at the fish lying on the ground....What do you do with a fish that is just not cooperating in being your dinner?? 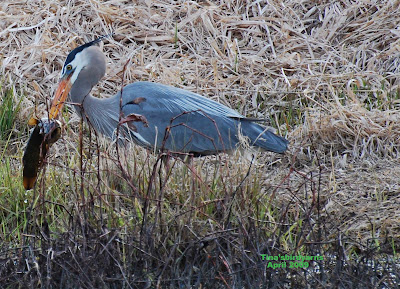 Well, you just proudly pick it up, like the prize it is, and slowly stroll into the tall weeds like nothing happened. Maybe he can make the other herons jealous that he already has his dinner.. even if he can 't figure out a how to swallow it! 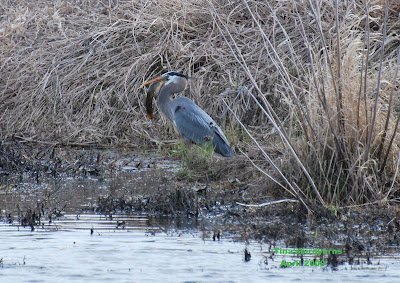 Today's visit to the park seemed all about family...When I arrived there was A huge Congratulations banner hanging in the tree where the owl's are nesting!!
nah..not really ...had to do the April Fools thing!! ;-0

A friend of mine was there watching the owls and she had her scope. Wow!! What a treat it was to view the owl and her owlets through that scope!! Such detail and oh my, those owlets were too cute. We saw that Mom was sitting higher in the nest giving some room to the owlets, who were eating. I did manage to get a few so so pictures of the female owlet but the male, who was smaller, stayed very close to Mom. Sis, on the other hand, seemed much more adventurous... exploring her new world, sticking her head out over the edge of the nest. 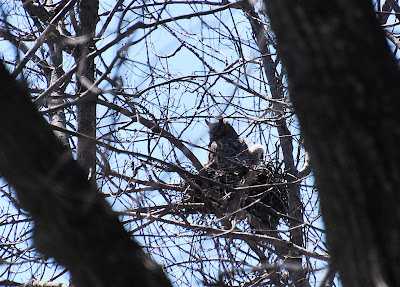 I had to laugh when I saw all these turtles hanging out together on one log..that's togetherness!! 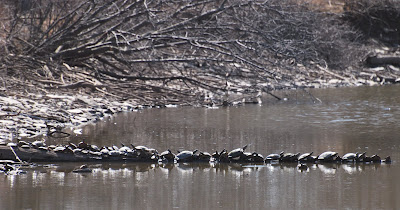 The Swallow family seemed to be having a difficult time deciding on which house to choose.
This one seems to think the craftsman-style house was the best..new construction, no mortgage and good location!! 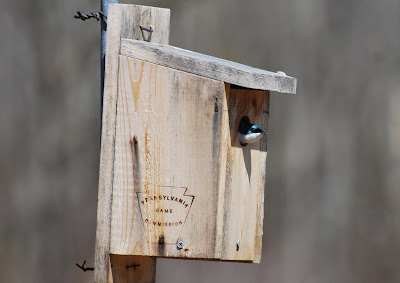 Mean while, the rest of the gang were looking at the duplex... 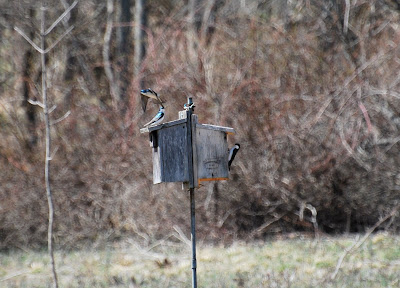 and then we're back to the single family home... 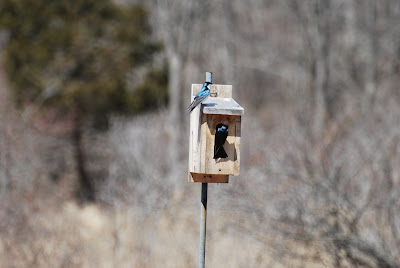 back and forth...for at least twenty minutes..very pretty birds but a loud bunch!! 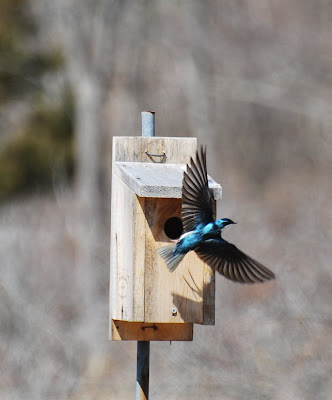 If it was up to the blue bird I think his wish would be that they would all leave...so that his family could move in. 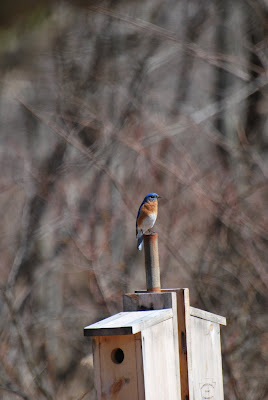