Last photo with a lasting impression

This was one of my last photos of this little visitor prior to our going away. Tomorrow is our Christmas Bird Count and I had hoped that we would be graced with this little guy's presence once again...but I think this Nashville Warbler realized from the empty suet feeders that the home owners were away and so moved on to other feeders and azalea bushes! Darn!! Our weather has warmed up a bit and I am praying that he has found some additional food sources and might visit us again or possibly show up in your backyard. 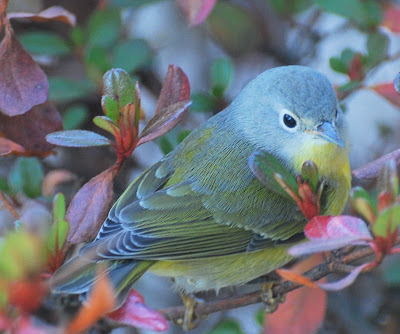 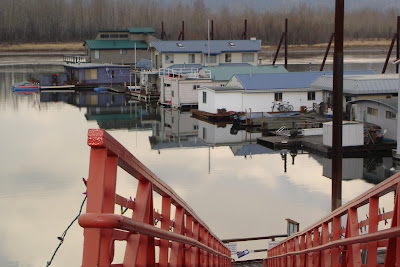 A place where those who want a feeling of winter go inside to ice-skate because the average December temperatures, in Portland, are in the 40s and 50s. 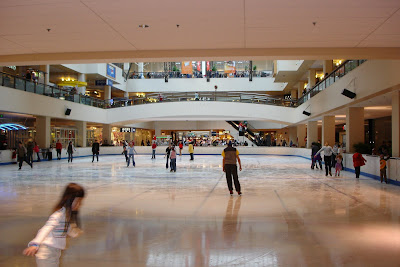 Here is where our daughter chose to attend graduate school. Having just received her BS from University of Delaware she announced to us that she would like to continue with her education. I put together a wall hanging quilt, prior to her leaving 4 years ago, showing her leaping across the mid west farms, fields and mountains with her cat (the grand cat) under her arm ...moving 3000 miles away...not knowing anyone in the northwest. ...following and eventually achieving her dream..getting her Doctor of Chiropractic degree and her certification in Physical Therapy. 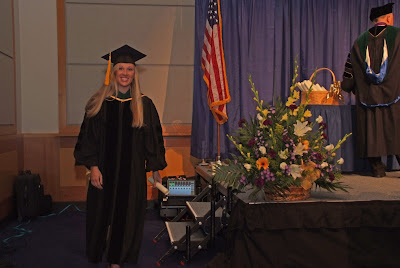 On the 20th day of December 2008 as we were all in a festive mood, Mother Nature decided that Portland would be the recipient, of not only 60 newly inducted DCs, but of a winter snow and ice storm. A storm that would deliver 16+ inches of snow and ice on a town that hasn't seen more than a few inches of snow since 1968!! 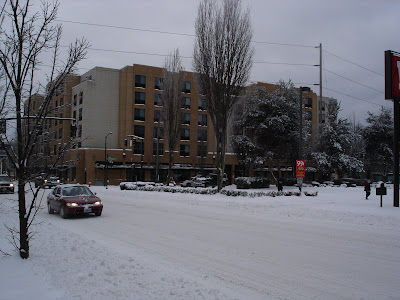 Portland and surrounding areas were in no way prepared for such an event. Few streets were plowed, salted or dowsed with cinders. Suddenly, those who would go indoor to skate were cross country skiing throughout the city streets. 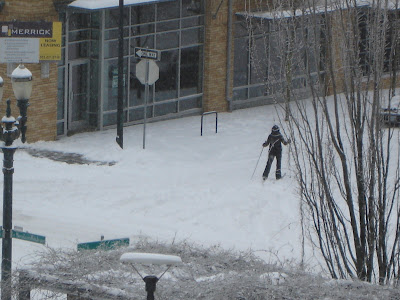 All roads leading out of Portland were closed for.. two days!! Very few aircraft were flying into or out of Portland... and the trains were not running due to blizzard like winds...we were all stranded. Over 100 flights a day were canceled, hotel rooms were at a premium, power outages all over the city...everyday life, as they knew it, came to a crawl. We, luckily, had a hotel room, electricity and a rental car. 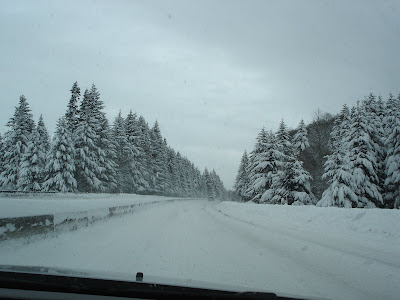 On the third day, of the storm, rte. 84 was deemed passable and we decided to attempt the drive to Idaho so that we might get out of Portland's continuing demise to ole man winter....We drove through the Cascade mountains, elevation 4,326 feet, hearts beating...knowing we had to get over these mountains in order to get to Boise. The vistas were absolutely breath taking and I have to say my husband did an excellent job of driving our rental, without chains which were actually being required, over these mountainous roads. After 7 hours we finally arrived in Boise! Elated and tired, we departed Boise airport the next morning for Philadelphia. ...all the time knowing that Portland had received another 7 inches of snow the night before. 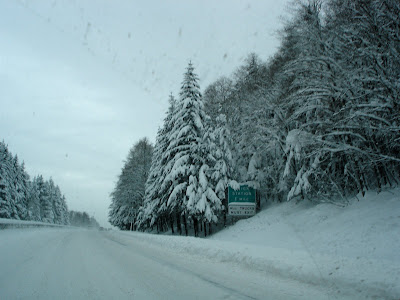 Creating a new path, as we drove to our destination, made me think about our daughter's future and the path she would create with her newly received degree.
She will no longer have, at her finger tips, those favorite professors and wonderfully supportive friends.. 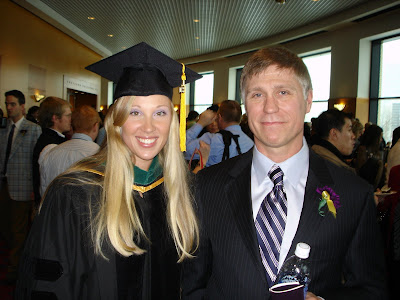 and she knows, as we all do, that we can only glance back, and must move forward..... 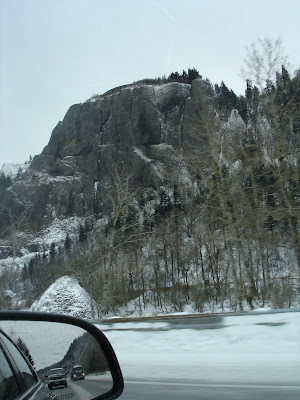 and as the path widens and her new future begins we wish her great success and happiness. 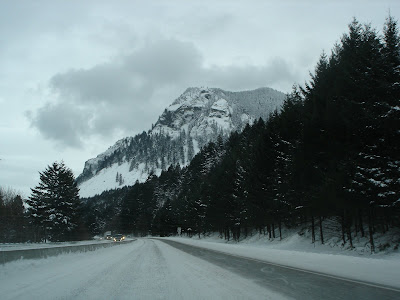 My husband and I arrived home very late Christmas eve and early this morning our daughter, who managed to get to Seattle by train (after several delays) flew out of Seattle into JFK... safe and sound and by 10 am we were all having a Christmas breakfast...counting our blessings and celebrating the biggest and best birthday of them all. Amen! 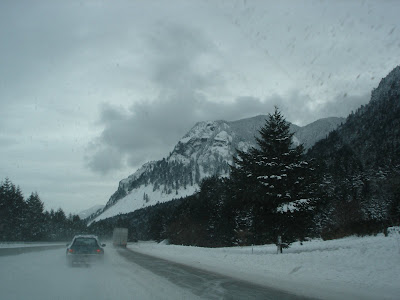