It was a nice day for photos. The sun was out. The birds were cooperative. What more could one ask for while in Florida? This little Yellow-Crowned Night Heron was not the least bit upset that my camera was snapping away as it stalked the little fish swimming near the shore. 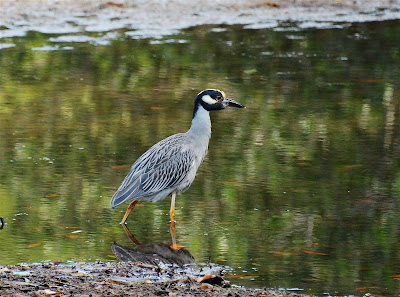 The Blue-Winged Teal is a shy bird and we usually see them as they are flying away..probably being spooked by the crunch of our feet on the path. This time, however, we came upon them as they were feeding and we were given a few moments to appreciate the amazing display of colors and textures.. 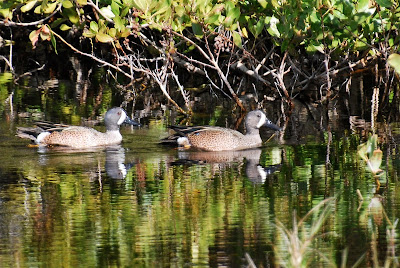 before they became airborne. Can you see the the blue/teal color on this one's wing?? Quite a vibrant blue when you get a glimpse of it!! 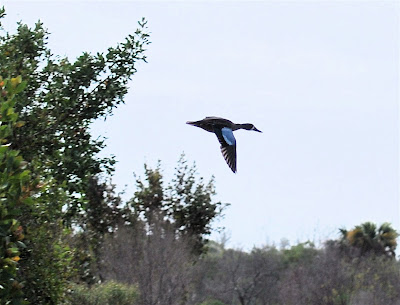 Sanibel has two pairs of nesting eagles!!! That is amazing for such a small island. This immature eagle flew over us as we walked the Bailey Tract. I guess all the osprey on the island, being that they are such great fishermen...help to keep those lazy eagles supplied with food. More than once we saw an eagle pursuing an osprey for it's catch..and more than once we saw the osprey give up it's prize! 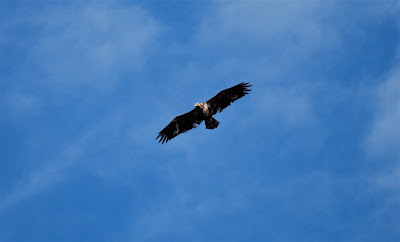 The Common Moorhen also adds a splash of color to Sanibel's lakes and ponds... 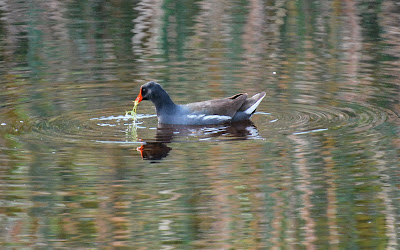 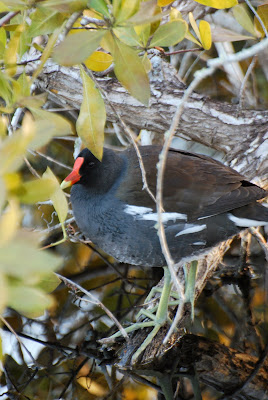 It is always a treat to see the White Pelicans fly over.. 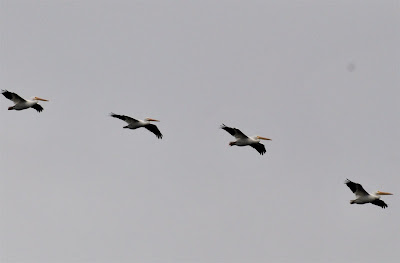 I caught this immature white ibis during one of our back water walks. I love the brown and white feathers on this young bird...soon, though, it will turn snowy white like its parents... 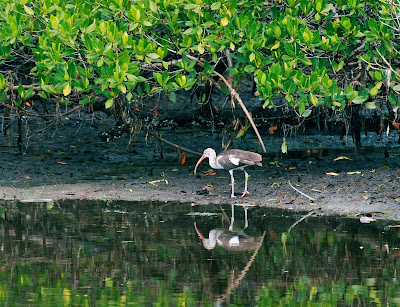 and speaking of snowy white..the snow, here, just keeps on coming...and the number of birds at our feeders keeps increasing. 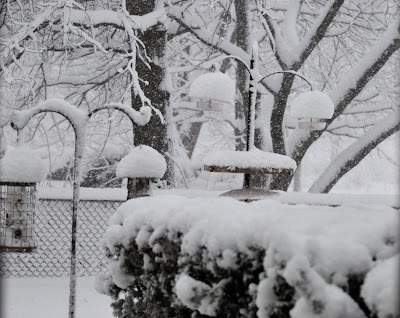 ..my favorite visitor, though, has found a nice safe retreat from the snow and wind. We have two Carolina Wrens wintering in our backyard and they really keep me busy.. filling up these domed feeders with crushed peanuts and dried meal worms! 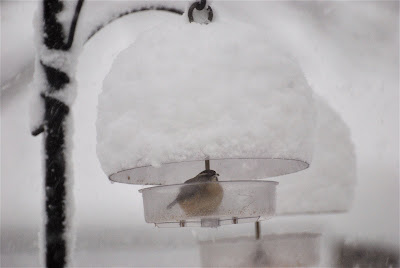