I would like to welcome two little Blue-gray Gnatcatchers to our neighborhood! This is the little lady below getting ready to pull off some fragments of that cocoon to add to her nest. Gnatcatchers are tiny birds but their size tells you nothing about their unbelievable abilities to create an amazing nest! 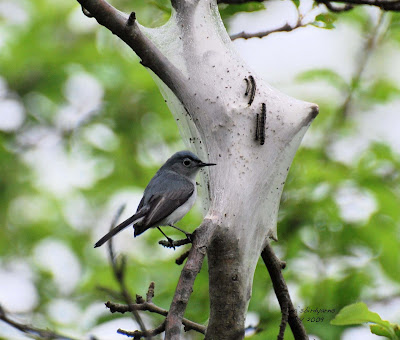 This is the handsome Mr G. He has been working with the Mrs. helping to build their tiny, tiny nest in a spindly little tree not too far from the side of the road. The nest is situated about 20 feet above the road's surface. 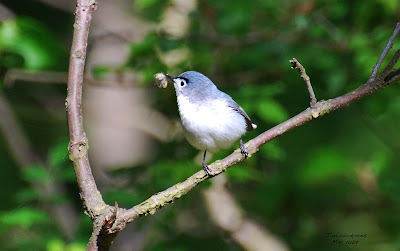 Lucky for them that several spiders have chosen to build their webs close by as the Gnatcatchers probably used some of this silky material to help attach their nest to the tree limbs. You might have to click on this pic to see the web.. 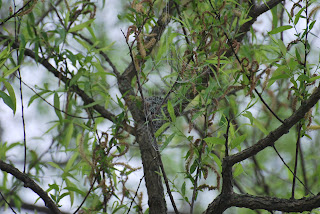 They slaved approx 4 days to built this (2 x 2 1/2 inch) nest. So tiny!! Each carrying little pedals of cocooned ivy and intertwining them with what looks like bits of spider web, cocoon matter and plant fiber. All the nesting materials were laced together extremely well. (click to enlarge)
What a construction crew these two have been. I feel pretty lucky to have seen this. Two little birds working from sun up to sun down..pulling, pushing, tweaking...weaving... 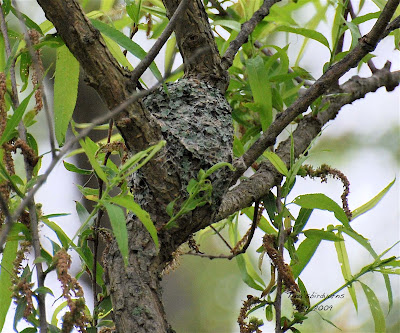 ..getting their "home" ready. Today you can see the Mrs. sitting in that little cup with her long tail pointed up one side and the tip of her bill pointing up the other! Another Mother I don't want to bother ...but I do hope all goes well for this little bird family. It would be rather nice to have some Gnatcatcher youngsters flitting around the neighborhood! 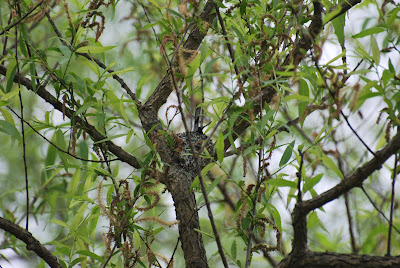 It was his take off that caught my eye! I heard the swoop of its feathers and saw him move at the edge of a dead tree which was standing in the middle of a small man-made island.. 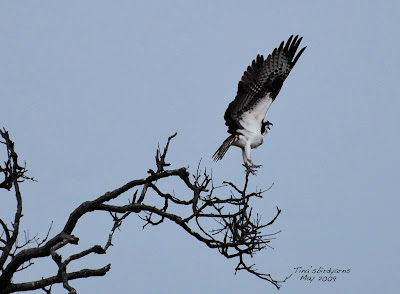 ..he lifted off with grace and soared around the tree..his call a loud whistled.. kyew kyew!! 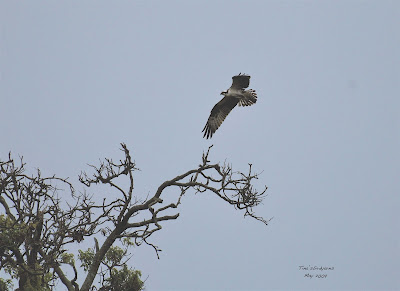 and then there were two, she/he came from somewhere behind us...and we just stood there and watched in awe!! 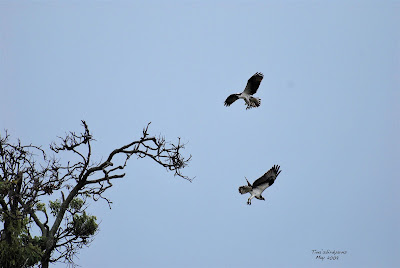 We were walking the Villas, in New Jersey, near Cape May. Believe it or not this place is an abandoned golf resort which was once known as Ponderlodge. It was built in 1991 and covers 253 acres. The state of NJ purchased the golf course, I believe several years ago, and decided to let it go back to its natural state!! Miles of paved pathways twist and wind around the once groomed greens and fairways. It was near the lake that we watched these two osprey soar and hunt for their lunch...putting on quite a show. The lighting definitely wasn't in my favor...but from this washed photo you can still see the fish he had just scooped out of the lake!! 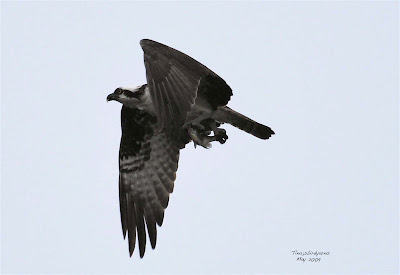 In its heyday this must have been quite a resort...most of the buildings are still standing but in complete decay. Nature, in every form, has all but taken over most of the buildings. It is definitely eerie to walk around and try to imagine that this land had once been a professionally groomed golf course. One can see birds and other small animals which are now nesting/living within the lodges and other utility buildings.. 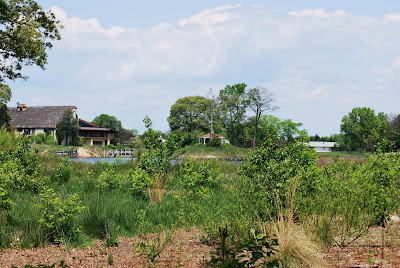 ...the ponds are now overgrown and have tons of frogs, tadpoles, toads and other wild life living in and around them. 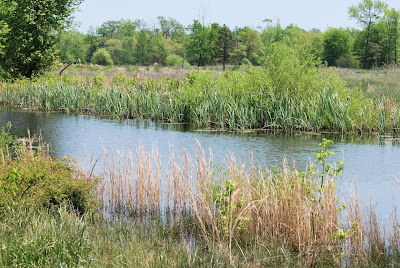 There are fields of wildflowers and color everywhere...quite a nature lovers delight... 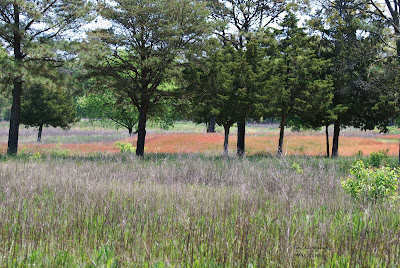 one can see matching Yellow-rumped warblers..playing hide and seek from a fool and her camera... 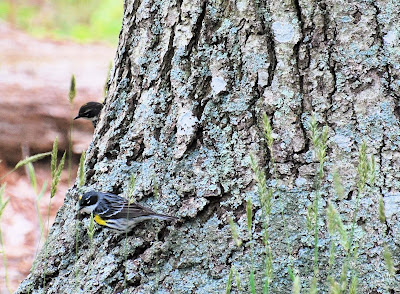 and if you are lucky, maybe even a Painted Lady will visit you as you stroll its overgrown paths.. that seem to go on and on...leaving you with the impression that you are not near a city called Cape May but in a 253 acre world lost to the wilds of nature at its best. 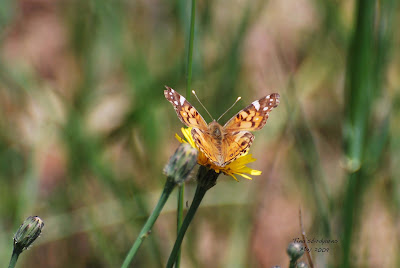