Party for a Cooper? Poor Alice is feeling left out! 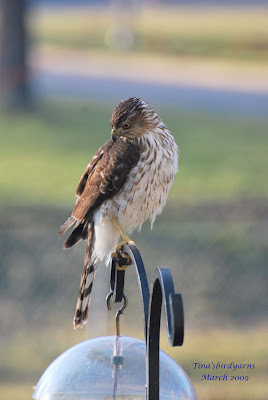 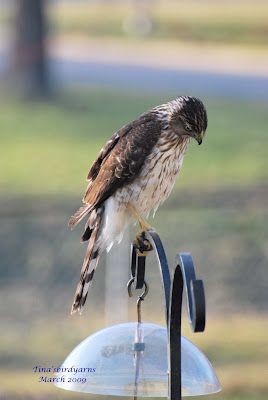 Jeeze, the trouble with being punctual is that there is nobody here to appreciate it! 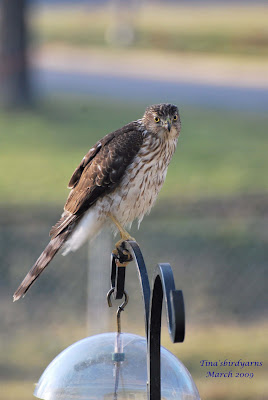 I know that party is here somewhere... 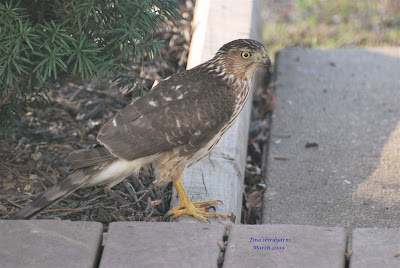 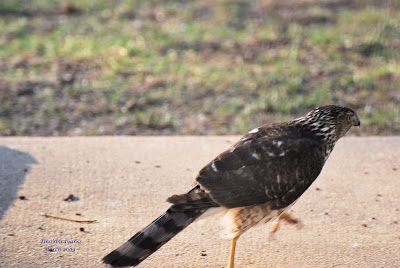 Alice is such a frequent visitor to our yard, we believed a name was appropriate!!I think there is a slight resemblance in looks...don't you?
(altho, I'm sure my Alice isn't anywhere as musically talented as the real Vincent Damon Furnier!!) 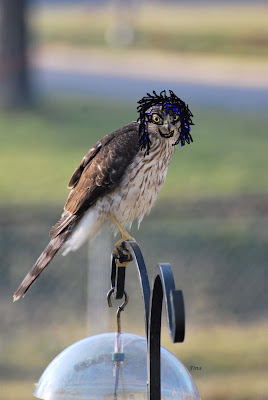 Sitting and waiting for the future...

I took some time on Saturday to re-visit with Ma and Pa owl.. even though I read that Mom and Dad take turns sitting on the nest, I think this might be her.. The last few times, I saw her, only her head was visible...but this time she seems to be sitting higher in the nest! There were people walking along the paths below her but she seemed quite content with just soaking up the sun. I read that incubation takes a month and I know the nesting process has been on going for several weeks...so I'll just keep checking back when I'm in the neighborhood. Maybe I will catch a glimpse of a owlet or two !! 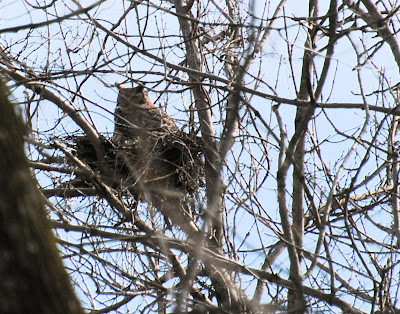 I only had a few hours to devote to seeing the owls..so I moved on to the long-eared owls.. which is a short drive from the horned owls. The leos seem to have selected one tree as their favorite..which is now a little easier for me to find. ( I'm not the best at finding "that one" pine tree in the middle of a whole field of them, the last time I visited, I felt like I walked miles b/f stumbling onto their roosting tree..and I only found it b/c of all the birdee do do on the ground!!) If you click on the picture you can see there are three in this picture. All five were still together but I have heard they will be leaving in April as they migrate north for the summer. 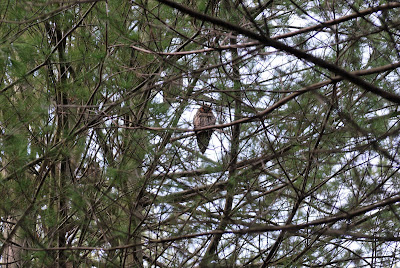 They are just so darn cute with those big tufts of hair that stick up from their heads!! 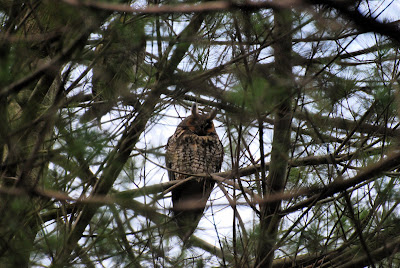 Last but not least..its on to the Screech Owls who are at the local nature center. I was fortunate this time to catch the grey-phase owl sleeping in the entrance to the wood duck house. You can see how small he is...his little feet are sitting on the rim of the entrance hole. 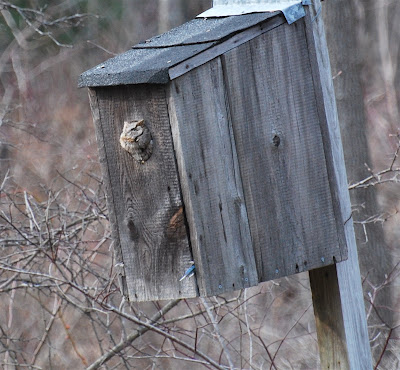 He even opened his eyes for this shot! 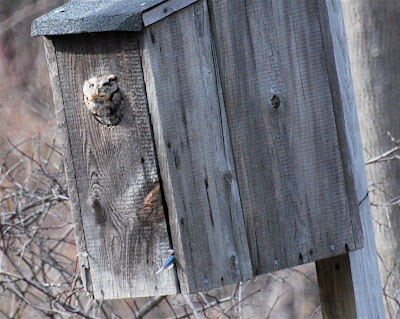 I love his markings, the facial disks are dusty white with mottled brown and then bordered in black..his eyes were a funky yellow white. 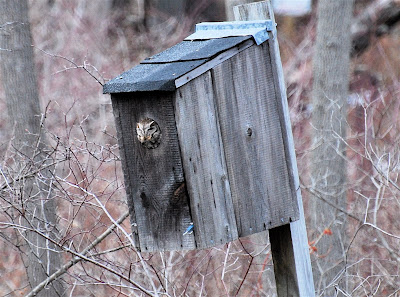 I was a little disappointed not to see the red-phased screech owl. ( Sorry Barb, I tried ) I did ask one of the park employees and was told that she is in the nest box sitting on eggs. I was also told that there is no nest building in the box. Her eggs would have been laid on the wood floor of the box... but when these particular boxes had been cleaned, sawdust had been put in the box for future squatters. And what about Dad, well he apparently spends his days sleeping at the front door and his nights feeding her and, like the great horned owl, they tend to mate for life... ahhhh shucks ..ain't that sweet!! ;-) 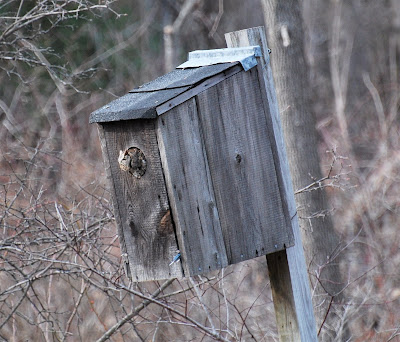